Matt Vaughan is one of a growing number of Youtube poker vloggers, and his content is on par with the best of them. Using scenic visuals, music and editing, he combines artistic imagination with skillfully edited hand reviews of his live cash game action.

Matt Vaughan is just one of those guys that you know works his tail off. Matt admitted that he didn’t realize how much effort vlogging would take when he started, but he emphasizes that the enjoyment that he gets from it is well worth the time.

Vaughan has been a poker player ever since Moneymaker won the Main Event in 2003. He started with freerolls on Pokerstars, and eventually started to put real effort into poker study when he went off to college. Around the time Matt turned 21, a casino opened in Cleveland, where he lived at the time. He began to play more at the casino and less online. When Black Friday happened in 2011, Vaughan made the full switch to live poker. However, he realized that in live low stakes games, the play can sometimes be much less optimal than online games, meaning that he would have to adjust his strategy entirely. Vaughan began to analyze his live hands, which would eventually lead to hand reviews on his vlogs.

When he isn’t crushing live cash games, Vaughan can usually be found editing his next vlog or editing poker coursework for Beyond Tells, a poker course taught by Blake Eastman. Matt points out that it is very important to balance poker playing, study, editing, and work, so as not to get burnt out on any one thing. He is always reflecting on how he spends his time, to allow for maximum productivity.

Matt Vaughan has big plans for 2018

Big plans are in store for Matt Vaughan in 2018, as he sets his sights on Vegas, and chasing the World Series of Poker dream. Vaughan says that he has plans to play the Monster Stack, Millionaire Maker, and the Colossus, among other events. He also plans on playing the Main Event, chasing the dream that every poker player harbors in the back of their mind. Vaughan says that he hopes to halt his final table drought during the 2018 Series, and is coming in with a different strategy for this summer:

Matt Vaughan is optimistic for the new year, and plans to focus on self-growth and improvement both on and off the felt. He points to self-reflection and awareness as the main reasons for his success at poker, as well as in other parts of his life. Vaughan stressed the importance of making time for family, saying that he visits his family often, and spends a large part of his free time with his girlfriend. He also is looking to better himself outside of poker, pointing to a continued effort to run and work out more. After competing in several sports in high school, Matt said that he really stopped exercising at all in college. However, in trying to find balance in life, he is taking steps to better himself in every facet of life.

Vaughan really drove home the importance of self-reflection in everything he does, both in poker and in life. With 2018 on the horizon, and big plans for the World Series of Poker, Matt Vaughan is certainly someone to watch out for this year! 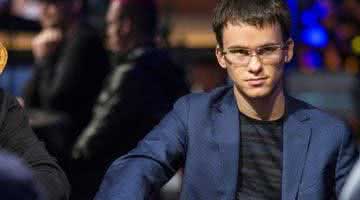 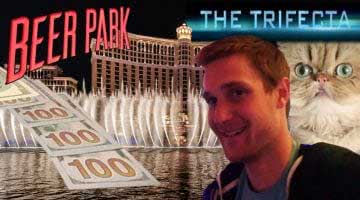 Brad Owen is easily one of the most popular poker vloggers on Youtube currently. Since… 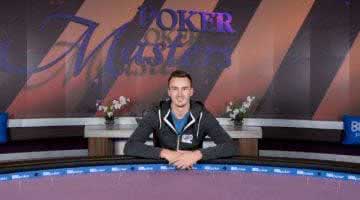